Once an EAP has been developed, tested and approved by the leadership of the National Society, it needs to be ensure that funding is available reliably and quickly, once a trigger has been reached. For Red Cross and Red Crescent National Societies, the key financial mechanism available to fund the activities included in their Early Action Protocols is the Forecast-based Action (FbA) by the DREF, which was launched in May 2018.

The International Federation of Red Cross and Red Crescent Societies (IFRC) has extended the scope of its long-standing global financing instrument, the Disaster Response Emergency Fund (DREF) to include Forecast- based Action. Historically, National Societies were eligible for DREF funding only after the occurrence of a disaster event or in short time frames prior to imminent disaster. However, through piloting, FbF has made the case that anticipatory actions (including readiness and pre-positioning) made possible through automatically allocated funding when forecasts indicate a high likelihood of a disaster have the potential to substantially mitigate suffering and loss.

A National Society can have a robust Early Action Protocol but lack the funding to activate when a trigger is hit. With FbA by the DREF, once their EAP is approved, National Societies have guaranteed financial resources to carry out their early actions in anticipation of a disaster. Having access to a multilateral financial mechanism that secures these resources allows NSs to make robust advance planning, act confidently and quickly to fulfill their role in preventing and reducing human suffering before a disaster happens.

This chapter will explain how a National Society with an already developed Early Action Protocol can access funding from the Forecast-based Action by the DREF and the key features of this funding mechanism.

The main questions that will be answered by this chapter are: 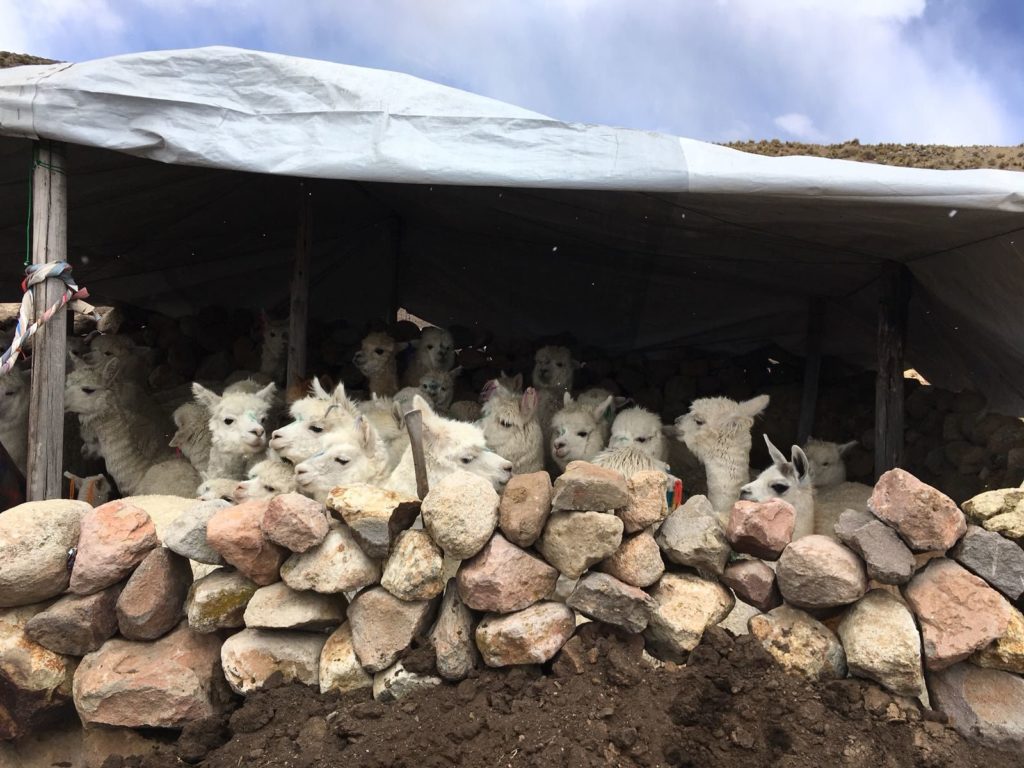 Engaging with the IFRC should happen from the beginning of the EAP development phase. The IFRC can provide technical support, including but not limited to coordination with other in-country preparedness and capacity strengthening initiatives, advice from sectoral experts, IFRC standards and guidelines, lessons learned from past FbF activations, emergency response operations, and information on the current Operational Plan for the country.

Furthermore, the IFRC can provide you with the relevant templates and formats applicable to EAPs under the FbA by the DREF. For the EAP to be approved and financed by the Forecast-based Action by the DREF, the Early Action Protocol and its budget will need to follow the IFRC programme and budget structure). Support on the IFRC programming and budgeting structure can be obtained from the IFRC focal point for Forecast-based Financing at country or regional level, typically with the regional disaster manager, Finance unit and/or Planning, Monitoring, Evaluation and Reporting (PMER) unit. It is recommended that the EAP budget be developed using the IFRC budget template to avoid delays when submitting for approval.

Please consider this not as Step 1 of the submission process but as a step that should happen much earlier in the process of setting up an FbF system. If the IFRC has not been involved early on in the EAP development process, this can result in delays in the approval of the Early Action Protocol.

The FbA by the DREF was launched in 2018 as a separate fund under the DREF, making use of specific FbA procedures and templates. This means that normal DREF procedures and eligibility does not apply to applications for FbA allocations submitted through an EAP. The templates and formats for EAPs and copy of the procedures can be found here.

The FbA by the DREF will provide funding to National Societies whose Early Action Protocols comply with the quality criteria set up by the IFRC. One of the main conditions to consider is that the Forecast-based Action by the DREF is not meant to be used for recurrent events, but for extreme events of a magnitude that has caused disastrous humanitarian impacts in the past, i.e. where international humanitarian assistance was needed.

Each Early Action Protocol refers to one hazard, but a National Society may develop multiple EAPs for different hazards. At this time, the FbA by the DREF is only accepting EAPs related to hydro-meteorological events.

Examples of the FbA by the DREF quality criteria

How does FbA by DREF work in practice?

In the onset of a disaster, when a trigger is reached, the National Society initiates the early actions and notifies the IFRC using the notification template. The IFRC will release the pre-agreed funding for the early actions as stated in the approved budget. As all the administrative processes have been taken care of in the EAP approval phase, the release of funds occurs immediately.

What is the difference between the FbA by the DREF and a DREF allocation for imminent crisis?

As is the case with DREF, only a National Society can submit a request to the IFRC to fund an Early Action Protocol, therefore it is important that the EAP has been first internally approved and endorsed by National Society leadership. The complete acceptance process can take up to 30 days, beginning with the submission to the IFRC Country Office or Country Cluster Office (CO/CCST). The EAP will then be checked for consistency with IFRC programming standards by the technical sectors in the CO/CCST and the IFRC Regional Office. The EAP budget is also reviewed by the IFRC finance department.

Following this regional review, the Early Action Protocol is sent to Geneva where it will be shared with the Validation Committee and IFRC’s circle of extended reviewers (Ops Coordination, Risk and Vulnerability Unit, and other relevant sectors depending on the EAP content).

The Validation Committee assesses new EAPs that are submitted for acceptance against the quality criteria and supports decision-making around the approval of EAPs. It also ensures the coherence and integration of the FbA with other IFRC tools and approaches for early action, preparedness and response. The Validation committee is comprised by members of the IFRC, the Red Cross Climate Centre and National Societies active in FbF.

The Validation Committee and the IFRC extended reviewers typically have further guidance in terms of how an EAP may be strengthened to be fully compliant with the quality criteria. IFRC and Validation Committee feedback is consolidated and returned to the National Society, and a call is organized to clarify the questions and comments.

Following the call, the National Society submits a revised version addressing the issues raised and if resolved, the Early Action Protocol is approved.

The approval process takes approximately 30 days, however, the total overall approval time can vary depending on the time the National Society needs to address the comments received and resubmit.

Once an EAP has been approved, the Forecast-based Action by the DREF will allocate the amount of funds requested in the budget for that specific Early Action Protocol. The EAP summary and its budget are published on the IFRC appeal website.

Once the allocation has been done the IFRC, the National Society, and the Partner National Society (if applicable), will sign a project funding agreement and they will receive the resources for the readiness activities for the first year and the one-off pre-positioning costs, as stated in the EAP.

To avoid delaying the signature of the project funding agreement, it is important to discuss the roles and responsibilities (and associated costs) of each partner early on in the process.

If, during the EAP lifespan (5 years maximum), the FbF system is triggered, then the National Society and its implementing partner can rely on the automatic release of the guaranteed funding for activation and should immediately initiate the implementation of early actions specified in the EAP.

What form do cash disbursements come in?

Despite the automatic allocation of funds as soon as a trigger is reached, with standard transfers it can take a few days until money is available in-country. Given that many EAPs operate with very short lead times, it is important to make arrangements that cash is available as soon as it is needed. The actual modality for the cash disbursement will vary depending on different factors, such as the IFRC presence in-country, the National Society’s own financial resources, the financial capacity and available support from Partner National Society. The modality will have already been established during the signing of the project funding agreement to ensure clarity for all parties on roles and responsibilities and to ensure the timely disbursement of funds as soon as there is a triggering forecast.

If an EAP is activated but there is no disaster does the NS have to return funds to IFRC?

In the event that the EAP is activated, early actions have been implemented and the disaster event does not materialize, the National Society will not have to return the funds to IFRC. Within the FbF system, it is recognized that there may be times when the trigger is reached and the early actions are implemented, but the disaster does not occur. The Forecast-based Action by the DREF acts under a “no regret” principle.

However, EAPs with a lead time of more than three days should include a “stop mechanism” to avoid taking further action, once a more recent forecast shows that the hazard is reduced in strength or has changed direction and an extreme event is no longer expected. In this case funds, which have not been spent by the time the stop mechanism is applied, need to be reimbursed to IFRC. The use of relief items that have not been distributed yet, needs to be discussed with IFRC. 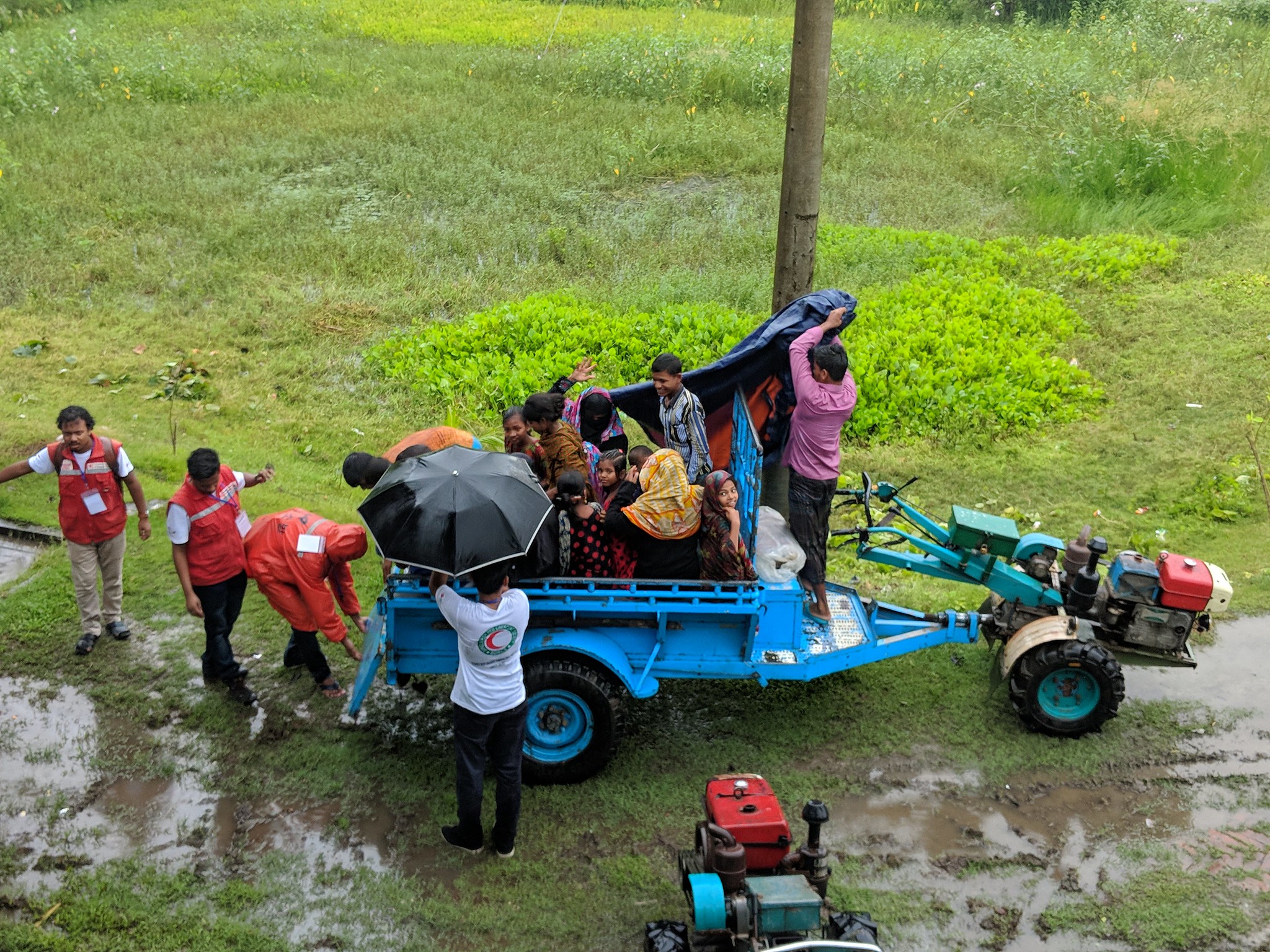 After a National Society has triggered the forecast-based early actions in its EAP and assessed their impact, it needs to subsequently re-submit a revised EAP and have it re-validated. The revised EAP should clearly integrate all the lessons learned throughout the  the activation. The re-validation process follows the same process as the acceptance procedure, and it can take up to 30 days.

What’s the relationship between “Forecast-based Action by the DREF” and the DREF?

In cases where the magnitude of the event surpasses the forecasted impact and humanitarian needs, the early action may be followed by response activities funded through a grant from the DREF, or an emergency appeal with a start-up allocation from the DREF. Connecting the new mechanism to the DREF strengthens links, data sharing and decision-making between the different phases of intervention in the disaster management cycle.